Kocher, who Forbes magazine has named one of the most influential women in the world, told the audience that it was time to create new business models, where market forces “create value by healing the world’s fractures.” “We have to channel the power of the business community to help solve our challenges,” she added.

To meet climate targets, it’s essential to accelerate the pace of the zero-carbon global energy transition, she said, calling on governments to implement regulations to make it happen. “If everybody waits for everybody, we can’t do the energy transition, so let’s get on with the job.”

ENGIE also launched the New York City headquarters for ENGIE Impact, which delivers sustainability solutions to corporations, cities, and governments worldwide. According to ENGIE Impact, “if commercial and industrial buildings in the U.S. improved energy efficiency by just 10%, it could reduce GHG emissions by the equivalent of 49 million vehicles.”

Mathias Lelievre, CEO of ENGIE Impact, also called for businesses to prioritize sustainability, saying it “must live at the heart of each organization, not just as an environmental concern, but as a key driver of economic growth.”

One such building is the newly restored historic landmark TWA Hotel at John F. Kennedy International Airport. The Eero Saarinen-designed hotel, originally built in 1956, had sat empty since 2001, until Unity International Group and two other electrical contractors began work on a $265 million project to bring it back to life.

As part of climate week, Unity’s Ed Dougherty hosted a number of employees from ENGIE and Unity — for a tour of the iconic newly refurbished hotel at JFK airport, including the hotel’s greenhouse-gas-reducing cogeneration plant. Unity installed thousands of LED lights that will further reduce the facility’s overall energy use.

From JFK Airport to the green-lit high-rises of Lower Manhattan, it was clear during NYC Climate Week that anywhere you went, the strongest voices in businesses and governments alike are committing to climate action, and to achieving a zero-carbon future as soon as possible.

How will LL97 impact your buildings? Download our free guide for building owners and managers. 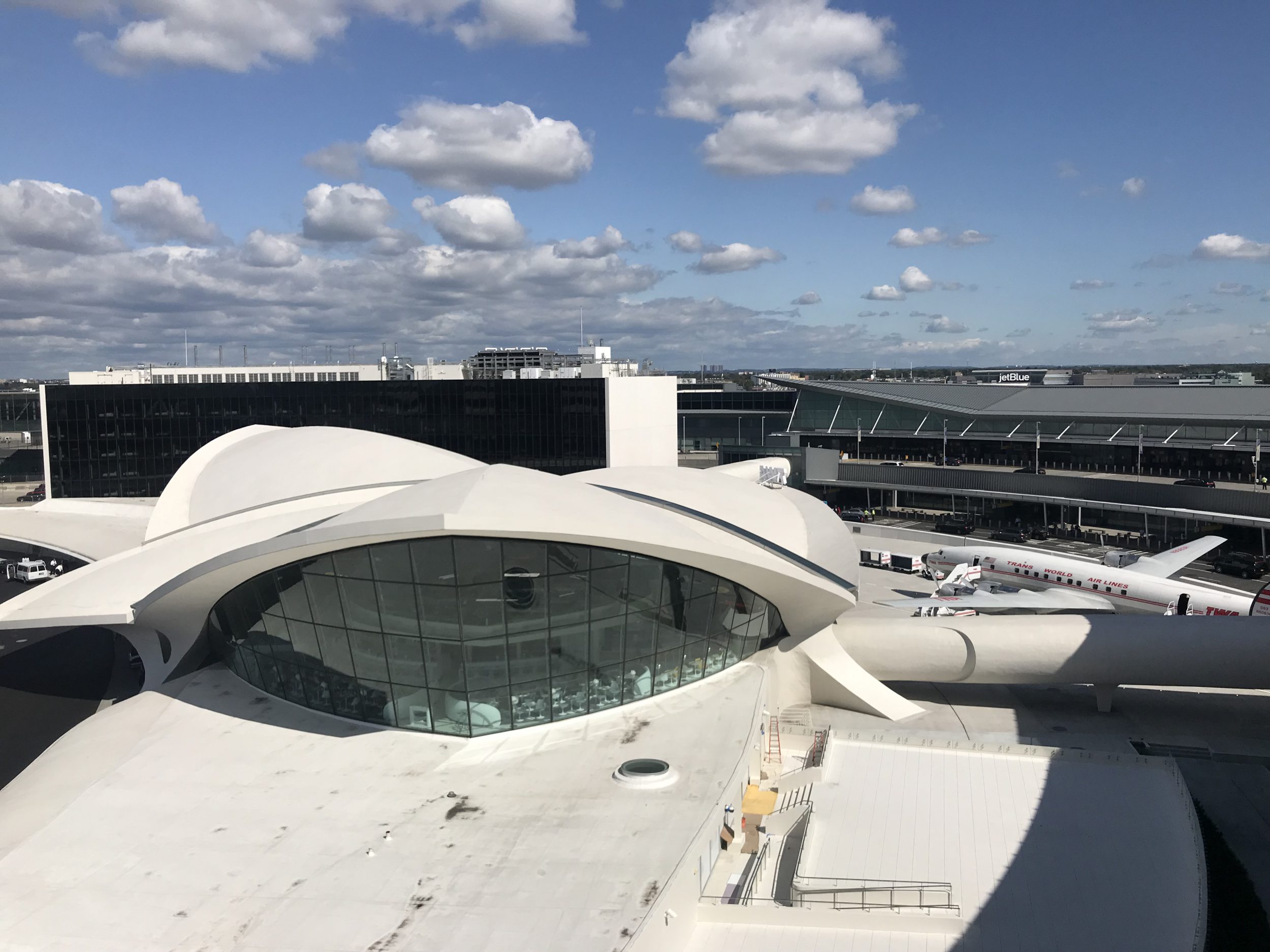